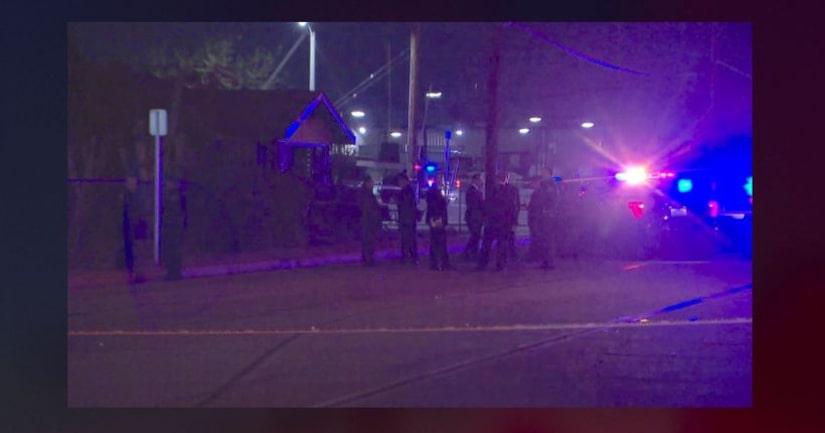 POMONA, Calif. (KTLA) -- A police officer shot and killed a stabbing suspect who advanced on the officer with a sword in Pomona late Monday, authorities said.

The shooting unfolded about 7:30 p.m. in a residential neighborhood at Reservoir and Third streets.

An officer responded to a report of a stabbing when witnesses directed them toward the suspect, according to the Los Angeles County Sheriff's Department.

“The officer located the suspect and attempted to detain him,” Deputy Tracey Koerner of the Sheriff's Information Bureau said in a written statement. “The suspect produced a sword and advanced on the officer, at which point an officer-involved shooting occurred.”

Paramedics pronounced the suspect, described as a man in his 40s, dead at the scene, officials said.

“A sword was recovered at the scene,” Koerner said.

A male victim who had been stabbed by the suspect prior to officers' arrival was hospitalized with injuries not believed to be life-threatening, officials said. The victim's age was not released.

The motive and circumstances surrounding the original attack were not available as the investigation continued into the early-morning hours Tuesday.

No officers were hurt, officials said.