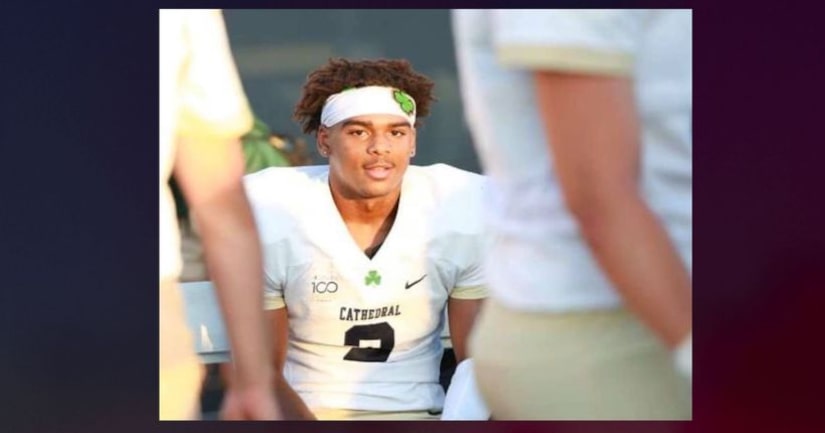 INDIANAPOLIS (WXIN) -- A pair of Indianapolis families are mourning after a triple shooting left two dead and one in the hospital.

The violence claimed the life of a football player at Cathedral High School.

Playing for the Fighting Irish, Da'Mario McCullough, who wore number two on defense, worked hard to achieve success on the football field.

“He was very persistent and showed the same dedication to his family on and off the field. That's what made him special,” said a close family friend named Derek.

Derek also described the 17-year-old as dedicated student, who took his studies as serious as his playbook.

“Mario has always been a shining star and an honor roll student. He was a great role model for his little brothers,” said Derek.

Unfortunately, on Sunday Da'Mario and another man were shot and killed along Emerson Avenue.

Police are still trying to figure out what led up to the shooting. In the meantime, leaders at Cathedral say they are heartbroken by the violence.

On Monday the school held a virtual rosary in honor of Da'Mario.

“Really it's just devastating. We're talking about a junior in high school,” said Tevin Studdard. “He had all the potential and all the talent in the world to do whatever he wanted.”

“He came on the show and said he was going to lead them to a state championship. That's something we wanted to see as alumni. It's unfortunate we won't see all the good that came with him,” said Studdard.

Adding to the family's pain, Da'Mario's brother was also injured in the shooting. He remains in the hospital and so far no arrests have been made.