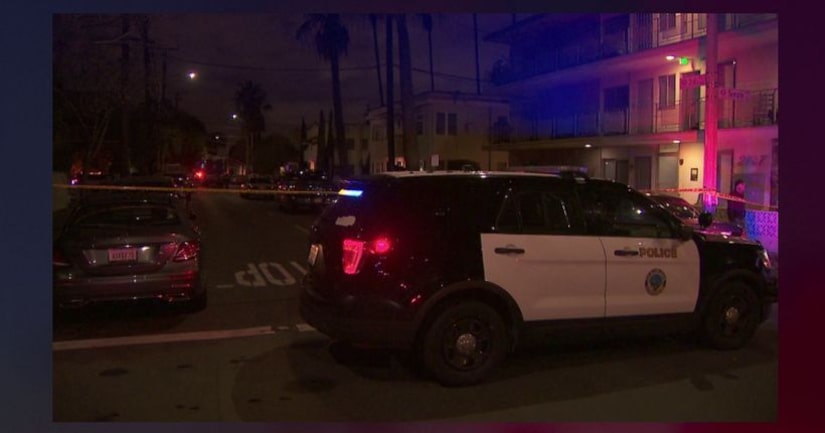 LONG BEACH, Calif. (KTLA) -- An officer fatally shot a woman as she tried to stab her mother with a utility knife inside a Long Beach home, police said Monday.

Officers responded to the home in the 200 block of Molino Avenue after receiving a call about a family disturbance around 9:40 p.m. Sunday, according to the Long Beach Police Department.

Police arrived to find a mother and her adult daughter having a dispute, but found nothing criminal in their actions and cleared the scene, authorities said.

The officers, however, were called back to the home about 40 minutes later when the mother reported that her daughter had a knife and was threatening her, the Police Department said.

One officer heard an “altercation” inside the residence and decided to enter through a broken front window, according to police. He then saw the daughter holding a utility knife and attempting to stab her mother, officials said. That's when the officer shot the daughter, the Police Department said.

The officer called for paramedics and tried to save the woman's life, but she was ultimately pronounced dead at the scene by the Long Beach Fire Department, according to police.

Authorities said they recovered the utility knife at the scene.

The mother sustained minor injuries but did not need medical treatment, according to police.

Authorities did not release the identities of the officer and the two women involved.