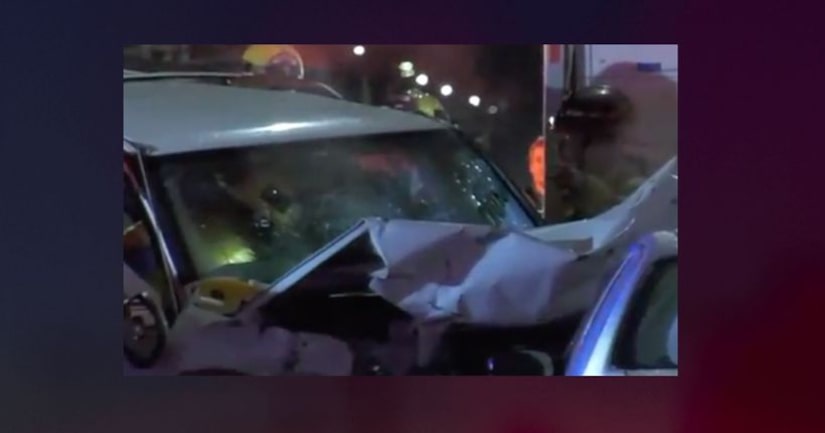 LOS ANGELES (KTLA) -- One child is in critical condition and two others were injured when their mother, who is suspected of driving under the influence, crashed head-on into an SUV in North Hills late Monday night, police said.

The crash occurred about 11:45 p.m. when the mother drove her white SUV into oncoming traffic in the 15200 block of Nordhoff Street, Los Angeles Police Department spokesperson Fuentes said.

The SUV, which was traveling at a high rate of speed, collided with a black SUV and left both vehicles badly damaged, Fuentes said.

At least two parked vehicles were also damaged in the crash.

The mother had to be extricated and taken to a local hospital, Fuentes said. Her three children were also taken to area hospitals for treatment.

One of the children, believed to be 4 to 6 months old, was in critical condition. The child's twin had moderate injuries. A 2- to 3-year-old toddler was also injured and suffered head lacerations.

The mother and the driver of the black SUV sustained moderate injuries in the crash and were transported to area hospitals.

The crash is still under investigation, but officials believe the mother was impaired. “She was later determined to be under the influence,” Fuentes said.