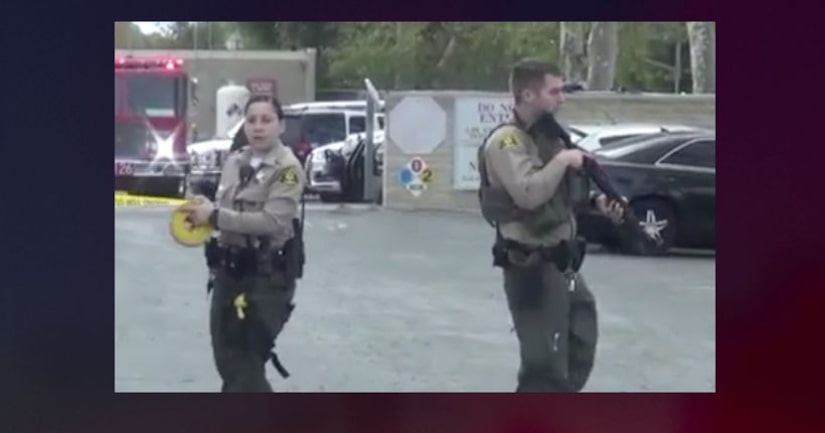 The shooting took place about 2:30 p.m. in a secured parking lot used to store department vehicles at the west side of the station, 23740 Magic Mountain Pkwy, according to Lt. Derrick Alfred of the Sheriff's Homicide Bureau.

Deputies had just gotten into their vehicles to leave the station when the suspect approached, the lieutenant said.

"Suddenly, a man appeared, who was walking on foot," he said. "He had a handgun in his hand."

Deputies exited their cars and "ordered him numerous times to drop the firearm," Alfred said. "The suspect apparently refused. At some point, a deputy-involved shooting occurred."

"One deputy fired two rounds striking the suspect," he said. Paramedics took the wounded suspect to a hospital, where he was soon pronounced dead.

His identity was not yet released pending positive identification and notification of family by coroner's officials. Alfred said he was believed to be a local man in his late-30s.