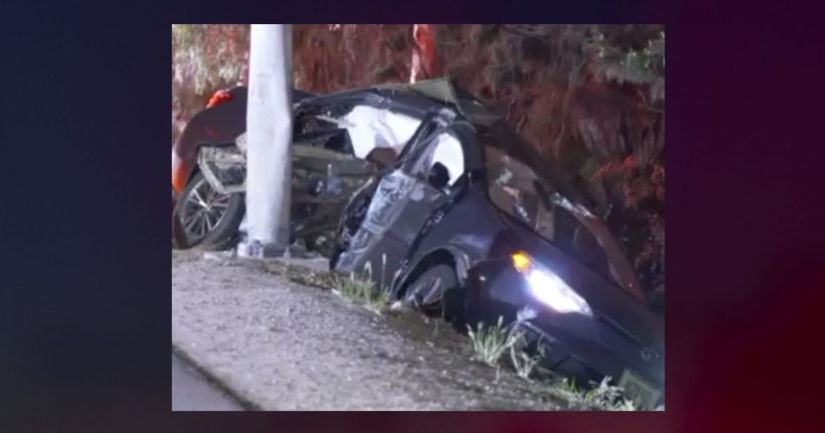 LOS ANGELES (KTLA) -- Three teens were injured, including one who is in critical condition, after a stolen vehicle driver crashed on the 405 Freeway in Van Nuys while trying to flee from authorities Thursday night.

The chase began on surface streets in Pacoima and continued onto the 118 Freeway before finally coming to an end about 10:30 p.m. when the stolen Toyota sedan clipped another vehicle on the southbound 405 Freeway near Victory Boulevard.

Both vehicles spun out following the collision, the man driving the vehicle that was struck by the Toyota said.

The Toyota, which was occupied by four or five teenagers and one male adult, ended up crashing into a pole on the freeway.

Three of the teens were ejected from the Toyota as a result of the crash.

One of those teens is listed in critical condition and the other two were in stable condition, a spokesperson for the Los Angeles Police Department said.

None of the Toyota's occupants have been identified.

The driver of the vehicle that was clipped by the Toyota did not appear to be injured.

“I'm just thankful to God that we're OK … I don't even know how many times we spun,” Vikram Sanra said.

No officers were injured in the incident.