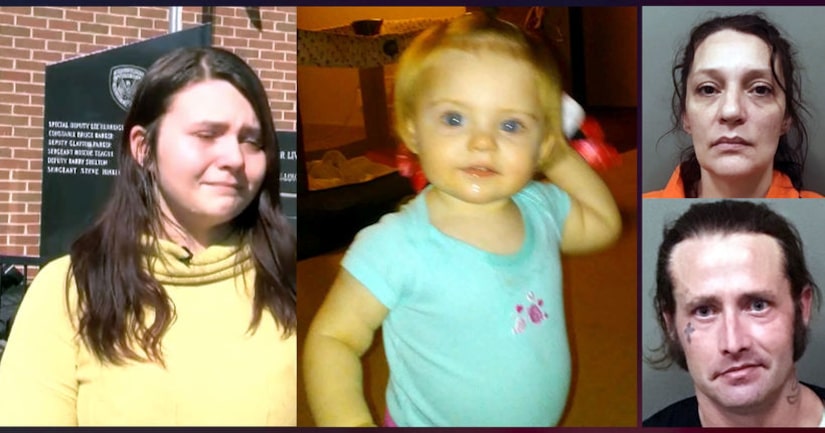 SULLIVAN COUNTY, Tenn. (WGHP) -- Megan Boswell, the mother of 15-month-old Evelyn Boswell, who was last seen two months ago and reported missing last week in Tennessee, says she knew who had her daughter, and she was afraid to report her disappearance.

Megan Boswell said she left her daughter with someone she trusted to keep an eye on her while she was at work. She declined to provide any names.

"Well the reason I didn't report it or anything was I knew the person who had her, and I didn't want them to run away with her," Boswell told WCYB on Friday. "And as soon as they thought anything was going on they just kinda vanished. So I'm just kinda worried, you know, about where they are at. What they're doing with her at this point in time."

The Tennessee Bureau of Investigation said 42-year-old Angela Boswell -- the baby's grandmother -- and William McCloud, 33, were found traveling in a gray 2007 BMW and arrested in Wilkes County, N.C. on Friday. Tennessee authorities had said they were looking for the vehicle and believed its occupants would have information about the toddler's whereabouts.

The Knoxville News Sentinel reports Angela Boswell waived extradition during an appearance in a North Carolina courtroom Monday, telling the judge she is anxious to return home and resolve the situation. Her boyfriend William McCloud also waived his right to challenge the extradition.

Megan Boswell lives in Sullivan County and has sole custody, while her father is an active-duty military serviceman stationed in Louisiana, officials said.