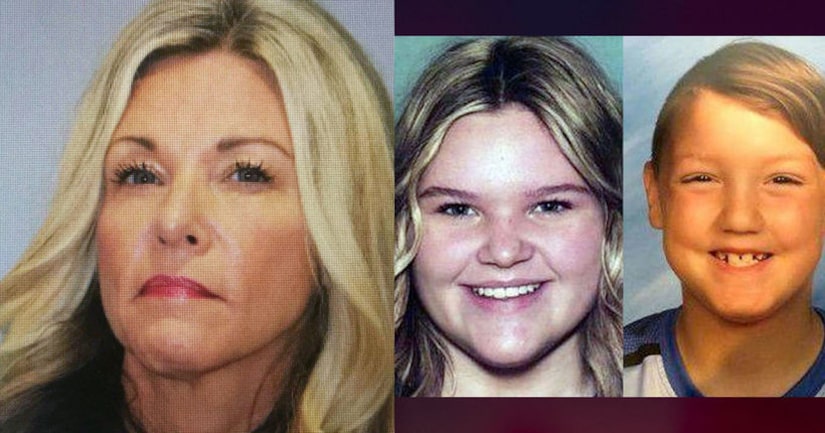 KAUAI, Hawaii (KSTU) -- The mother of two missing Idaho children has been arrested in Hawaii and charged with felony crimes in their disappearance.

The Kauai Police Department confirmed Lori Vallow-Daybell was arrested Thursday afternoon on a $5 million warrant from Idaho. She was charged with two felony counts of desertion and nonsupport of dependent children. She was also charged with resisting or obstructing officers, criminal solicitation to commit a crime, and contempt of court - willful disobedience of court process or order. Vallow-Daybell was being held at the KPD Cellblock on $5 million bail.

Vallow-Daybell, 47, was arrested around 2:30 p.m. in Princeville, where it's believed she and Chad Daybell had been staying since December.

Lori's daughter Tylee Ryan, 17, and adopted son Joshua "J.J." Vallow, 7, have been missing since September 2019 out of Rexburg, Idaho.

Rexburg Police said Lori lied about where the children were staying, and has since refused to cooperate with police. Police and the FBI raided her townhouse just before Thanksgiving. Kauai Police served a search warrant with Idaho authorities on Lori and Chad in Hawaii in January. They were not arrested at the time.

Around the time of the warrant in January, a judge ordered Vallow-Daybell to physically bring her children to Idaho authorities. She failed to do so by the January 30 deadline. Police strongly believe the two children's lives are in "extreme danger."

Vallow-Daybell's husband, Chad Daybell, has been detained, but not arrested.

Vallow-Daybell made her first appearance in a Kauai courtroom Friday. In court, Vallow-Daybell's attorney argued that his client has a right to bail and ask it be lowered from $5 million to $10,000. The judge denied the request to lower bail and confirmed bail is set at $5 million. Vallow-Daybell's next court date is set for March 2, 2020.

MORE: Lori Vallow-Daybell arrested in connection with the disappearance of her two children - KSTU