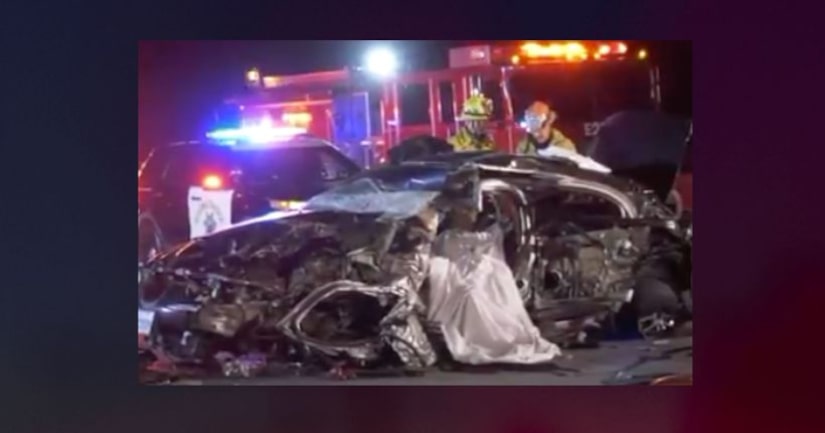 LOS ANGELES (KTLA) -- L.A.-area officials responded to at least two fatal wrong-way crashes early Sunday, one on the 405 Freeway near the Getty Center and another on the 210 Freeway in Monrovia.

"It was a horrific night on Los Angeles area streets and freeways, with multiple violent and deadly crashes, including those involving at least four wrong way drivers and/or head-on collisions," Los Angeles Fire Department spokesman Brian Humphrey wrote in a Reddit post on Sunday morning. "While cause investigations continue, driver impairment is strongly suspect."

Humphrey said the night was busier than usual for the agency, which responded to 730 traffic incidents between sunset and sunrise on Sunday.

The Fire Department and the California Highway Patrol confirmed two deadly collisions involving a driver heading in the wrong direction.

An alleged drunken driver traveling the wrong way on the northbound 405 Freeway in Bel-Air early Sunday slammed head-on into another vehicle, killing the driver, according to the CHP.

Marco Abrego, 42, of Northridge was at the wheel of a 2010 Toyota Tacoma pickup truck about 2:30 a.m., headed southbound in northbound lanes near Bel Air Crest Road, just prior to the impact, officials said.