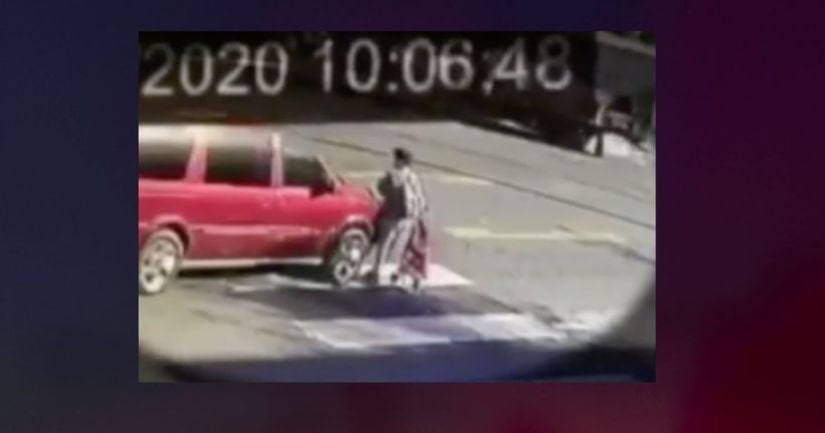 LOS ANGELES (KTLA) -- A 50-year-old woman was severely injured after being struck by a hit-and-run driver in East Hollywood this week, officials said Wednesday.

The pedestrian was crossing at a marked crosswalk on Fountain Avenue at Lyman Place about 9:05 a.m. Tuesday when she was struck by a red or burgundy minivan, the Los Angeles Police Department said in a news release.

The victim, Tatiana Leytman, told KTLA she was headed to the grocery store before being hit.

She was about halfway through the crosswalk when the van hit her on the left side and she was thrown back a few feet, the video shows.

Leytman was left with a broken rib and a broken leg and is recovering at home. Her husband, Vladimir, says he hasn't left her bedside since she was released from the hospital.

Vladimir Leytman said it "disgusting" that the driver didn't stop.