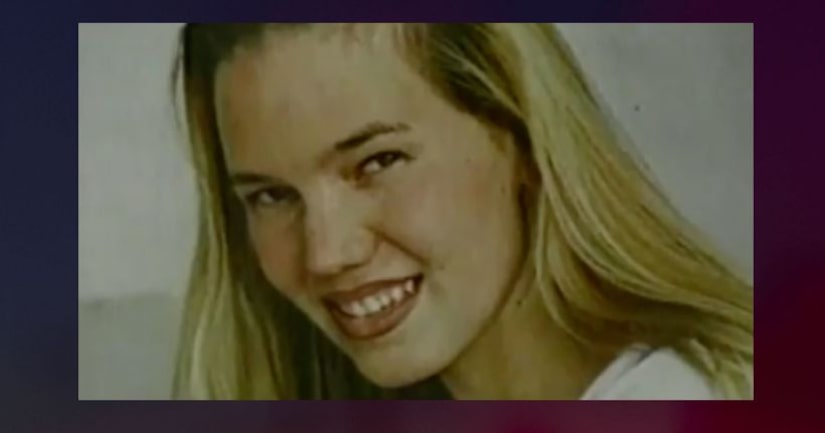 SAN PEDRO, Calif. (KTLA) -- A man was interviewed by law enforcement Wednesday after authorities served a search warrant at a San Pedro home in connection with the disappearance of Cal Poly San Luis Obispo student Kristin Smart, who vanished nearly 24 years ago and is presumed dead.

FBI agents and investigators from the Los Angeles County Sheriff's Department could be seen outside a home in the 900 block of Upland Avenue in San Pedro throughout the morning.

The house belongs to Paul Flores, who was identified as a person of interest in the case by San Luis Obispo County Sheriff's Office, according to CNN.

Flores, a former classmate of Kristin Smart, was the last person the 19-year-old woman was seen with before she disappeared after an off-campus party in 1996.

Smart was declared dead in 2002, the Times reported. Her body has not been found.

Flores was seen outside the home speaking with investigators. Officials confirmed to the Los Angeles Times that no arrests have been made.

No criminal charges were ever filed against Flores, who was the subject of a civil suit by Smart's family, according to the Times.