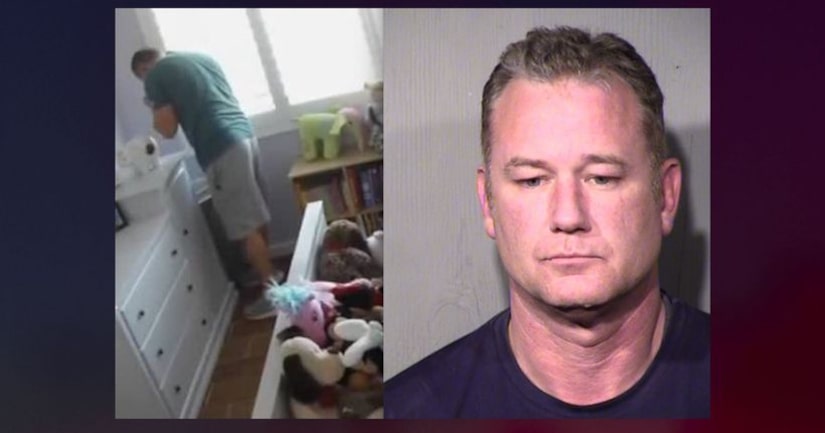 PHOENIX (WTKR) -- A former federal law enforcement officer, accused of having a sexual motive for smelling a girl's dirty underwear in her bedroom, will be allowed to serve unsupervised probation.

Deputy U.S. Marshal David Timothy Moon, 50, was touring a Phoenix home for sale last May. While his real estate agent was in another room, Moon went inside a 3-year-old girl's bedroom, according to a police report. He focused on the laundry hamper in the corner. He dug through the dirty laundry and pulled out what appeared to be a pair of girl's underwear.

After leaving the girl's bedroom for the second time, he appeared to notice the nanny cam. He quickly covered his mouth and said, “Goddamnit.”

The girl's father, who was granted anonymity for this story due to the nature of the crime, received motion alerts from the camera. When he saw the recorded video, he called Phoenix police. The father later told a judge he increased security at his home.

After hearing of the allegations, the U.S. Marshals Service fired Moon. He had been a federal agent for 24 years and worked in multiple states, including Arizona, Alabama, and Florida, according to an agency spokesman.

Moon was indicted on two counts of felony trespassing with sexual motivation. He later pleaded guilty to misdemeanor trespassing following a plea deal.