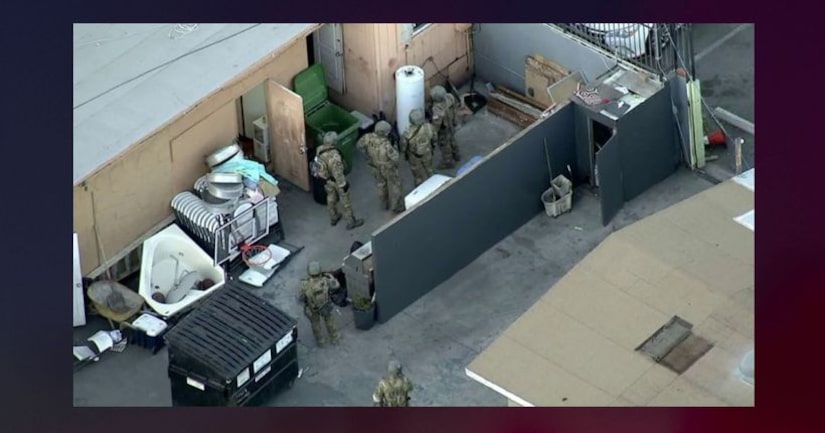 LOS ANGELES (KTLA) -- Federal agents raided a Philippines-based church in Los Angeles Wednesday in a human trafficking investigation that led to arrests of three church leaders in what prosecutors said was a decades-long scheme to trick followers into becoming fundraisers and arrange sham marriages to keep them in the U.S.

The local leader of the Kingdom of Jesus Christ church was arrested on immigration fraud charges in the early morning bust along with a worker who confiscated passports of the victims of the scheme and another who handled finances, the U.S. attorney's office said.

Workers who managed to escape from the church told the FBI that they had been sent across the U.S. to work long hours soliciting donations year-round for the church's charity and were beaten and psychologically abused if they didn't make daily quotas, according to an affidavit filed in support of the charges. Some described having to live in cars at truck stops.

The immigrants essentially became full-time workers, sometimes referred to as “miracle workers,” in a crusade to raise money for the nonprofit Children's Joy Foundation USA, which was supposed to benefit poor children in their homeland. But the complaint said most of the money raised was used to finance church operations and the lavish lifestyle of church leader Apollo Quiboloy.