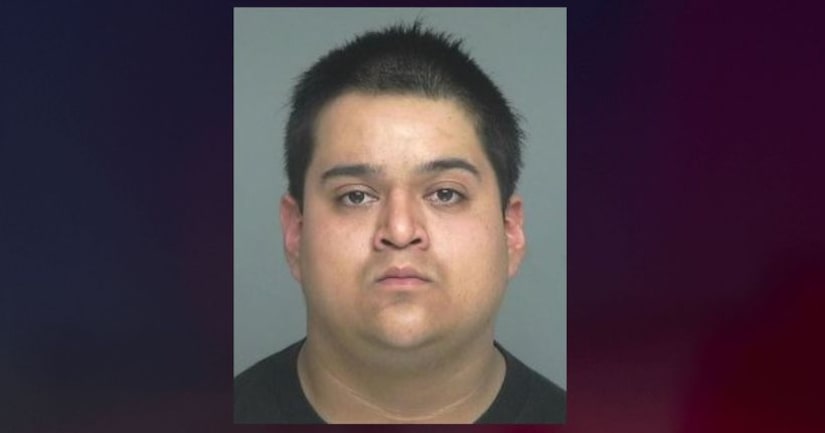 GARDEN GROVE, Calif. (KTLA) -- A 23-year-old man was arrested on suspicion of trying to kill another man in Garden Grove as the result of a “love triangle,” investigators said Monday.

The victim was left in critical condition after Oscar Domingo Rodriguez of Anaheim targeted him in a shooting, Garden Grove police said in a news release.

The gunfire broke out around 6:45 p.m. last Thursday on the 13400 block of Blackbird Street, a residential cul-de-sac.

First responders found the victim, a 25-year-old Garden Grove man, suffering from a gunshot wound and took him to a hospital. The shooter had fled, but police say further investigation led them to identify a suspect vehicle tied to Rodriguez.

Detectives tracked Rodriguez to the warehouse where he works in Orange on Friday. They conducted surveillance before detaining him, officials said.

Upon interviewing Rodriguez, investigators “learned a possible motive for the shooting was a love triangle between the victim, the suspect and a woman,” according to the news release.

MORE: Man accused of trying to kill another man over 'love triangle' in Garden Grove - KTLA