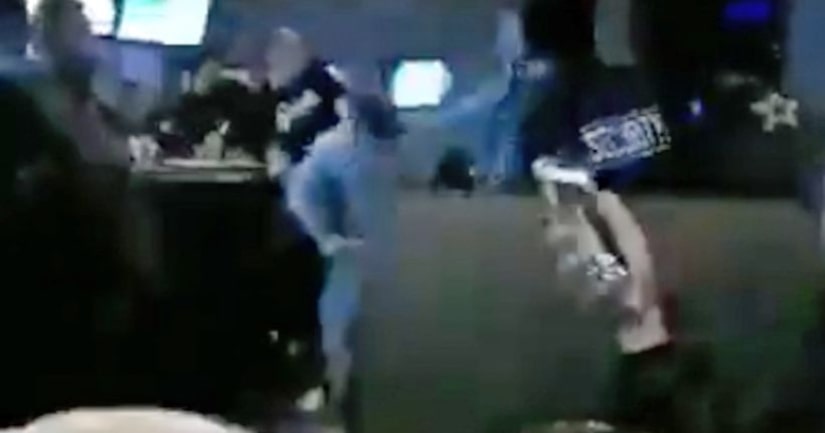 NORTHRIDGE, Calif. (KTLA) -- A man was wounded after fight escalated into gunfire at a Yard House restaurant in Northridge on Sunday night, according to authorities and witnesses.

Two men became involved in a fight when one of them pulled a gun and opened fire, Officer Orris of the LAPD's Operations Center said.

A 26-year-old man suffered a wound to his abdomen and was hospitalized in stable condition, he said.

The gunman, described as a man between 25 and 30 years old, fled the scene before police arrived, Orris said. Investigators suspected the fight may have been gang related.

A group of people began arguing before the dispute came to blows, said Joshua Collins, who was eating at the restaurant with his girlfriend when the shooting occurred.

After the men began trading punches, a man in a gray sweatshirt pulled a handgun and fired a single shot, Collins said.