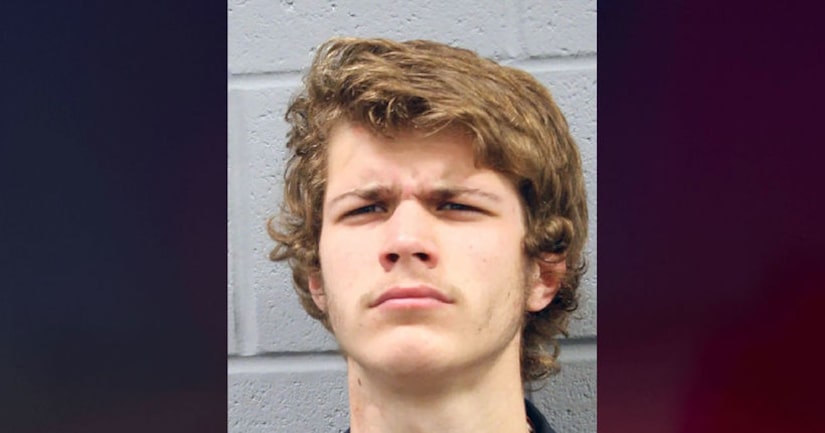 HARRIS COUNTY, Texas (KTLA) -- A 12-year-old Texas boy saved the lives of his great-grandparents by wrestling a knife away during a stabbing attack while driving Sunday.

The boy's half brother, Lucian Adrian Johnston, 20, allegedly stabbed his great-grandparents in the head and neck from the backseat after he was told he could no longer live with them as a result of his behavior, according to the Harris County Sheriff's Office.

Before the stabbing could turn fatal, 12-year-old Sacha was able to pull the pocket knife out of Johnston's hands and throw it out a window, the boy said.

When the car came to a stop, Johnston fled on foot. He was arrested Monday morning after being spotted behind a home and taken into custody without incident, the sheriff's office said.

The 20-year-old is facing two counts of aggravated assault with a deadly weapon.

The great-grandparents, identified by police as a 92-year-old female and a 76-year-old male, are expected to fully recover, the sheriff's office said.