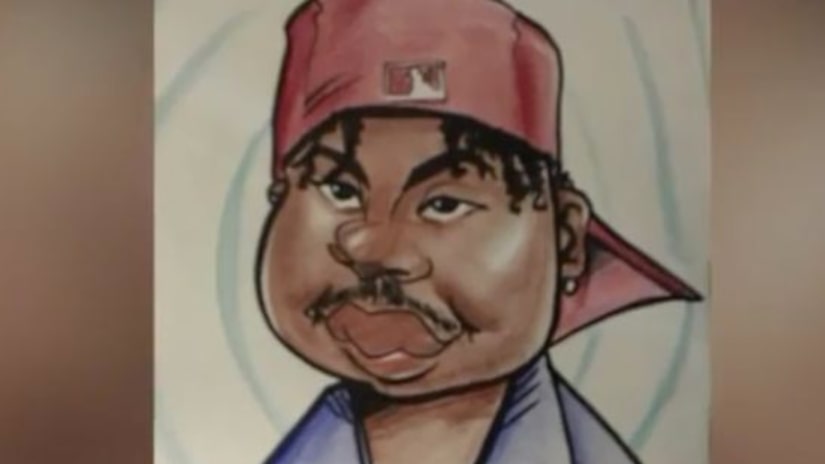 RIVERSIDE, Calif. -- (KTLA) -- A man who asked to have a caricature of himself drawn stole the artist's money, Riverside police said Tuesday in sharing the drawing of the thief.

The incident occurred about 11:50 p.m. Dec. 5 during the Festival of Lights event in downtown Riverside.

The man asked the victim for a portrait of himself and once the victim was finished, the subject grabbed the victim's money bag and ran away, leaving the portrait behind, police said.

The bag contained about $500 in cash.

“Do you recognize this caricature? And no, we are not kidding,” police said in a Facebook post sharing the drawing. “This caricature is of the suspect, but of course, has exaggerated characteristics and features.”

The man is described as being in his early 20s, about 5 feet 1 inch tall, with an average build, black hair and a mustache. He was last seen wearing a blue and red jacket, white undershirt, black pants and a red hat.