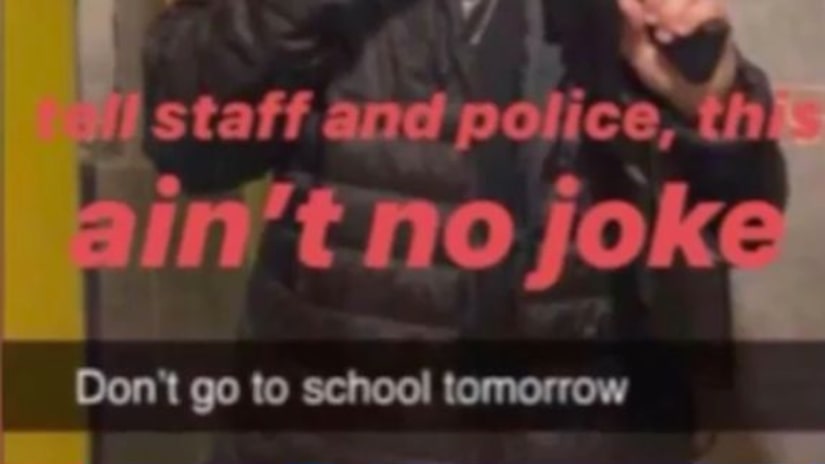 COSTA MESA, Calif. -- (KTLA) -- Social media posts regarding a possible threat to a school in Costa Mesa has led to the arrest of two teenagers, police announced Tuesday morning.

The investigation began about 11:10 p.m. Monday when the Costa Mesa Police Department received reports of a potential threat against Estancia High School, according to a news release from the agency.

One post showed someone apparently holding a rifle with the caption, "Don't go to school tomorrow," police officials said. A second indicated there would be a mass shooting at the high school on Thursday.

The posts were shared on various social media websites, according to police.

Detectives began looking into the post and alerted the school's resource officer, administrators and personnel from the Newport-Mesa Unified School District.

On Tuesday morning, a 17-year-old Estancia High School student was identified by detectives as being responsible for one of the posts, the release stated. She has not been identified.