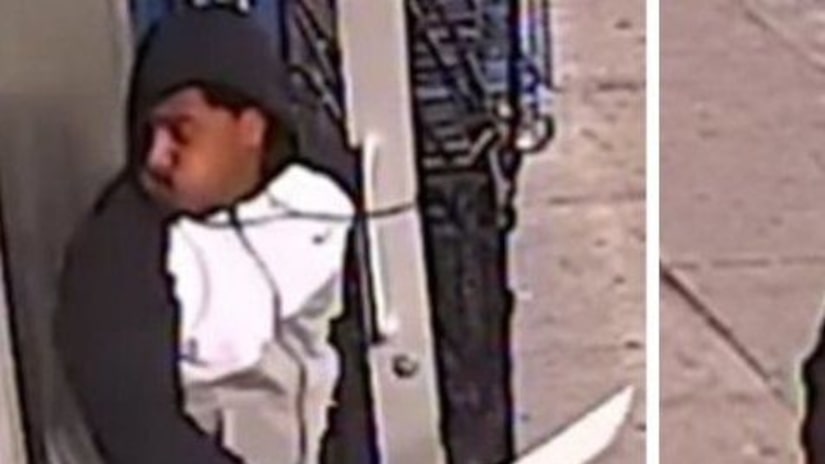 THE BRONX, N.Y. -- (WPIX) -- Police are looking for multiple people after a teen was slashed by a machete-wielding man inside a Bronx laundromat Monday afternoon, officials said.

According to police, the 18-year-old victim was playing a video game in a Mott Haven laundromat on Southern Blvd., near East 149th Street, when an unidentified man holding a machete walked in around 2:20 p.m. and slashed the teen in the arm.

The teenager was rushed to a nearby hospital in serious condition with a severe laceration, authorities said.

According to police, the alleged attacker ran out of the laundromat, hopped in a vehicle with two other unidentified male individual and fled the scene.

The NYPD has released the above surveillance images of two people cops are looking for in connection to the slashing.