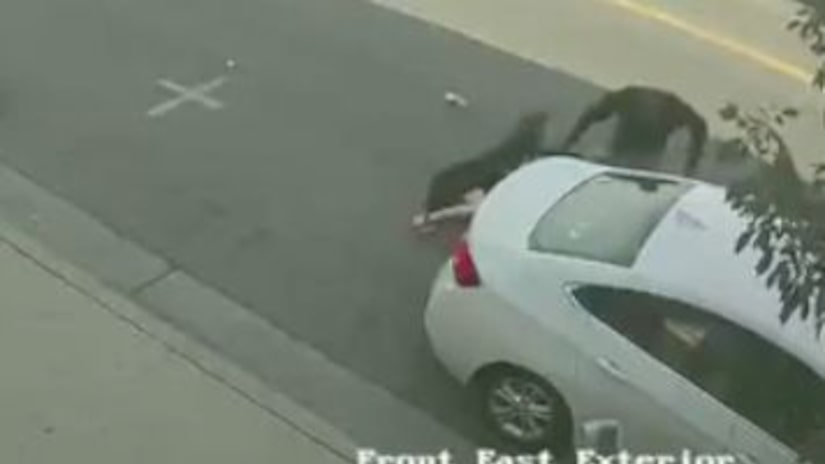 LOS ANGELES -- (KTLA) -- Los Angeles police say they've cited a Lyft driver for misdemeanor battery after video showed him dragging a passenger out of a car.

Alessandra Ward says she suffered a black eye, bruises and a possible concussion after the man pulled her from a car Tuesday in the city. She fell or was shoved to the ground.

Video obtained by TMZ showed the woman fighting back and then other drivers pulling up and scuffling with the man until they manage to halt him.

Ward said she got into an argument when the driver demanded she turn off a song she was playing on her phone and she refused.