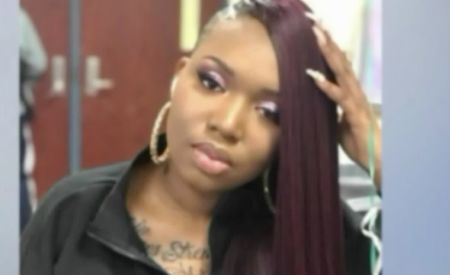 QUEENS, N.Y. -- (WPIX) -- An already grieving family was rocked by tragedy this weekend in Queens.

Talasia Cuffie's god brother Aamir Griffin, 14, was killed by a stray bullet while playing basketball. Cuffie, 17, was stabbed to death Friday night while on a walk to get food.

PIX11 has learned that after Griffin passed away, Cuffie went to stay with his devastated mother to help her get through this tough time. Now her own mother needs the same help. Bishop Mitchell Taylor said Cuffie's mother is "pretty distraught."

The teens were killed just a few blocks apart from one another.

Betty Williams watched both teenagers grow up. She said they were very close.

"I don't see how somebody could do that," she said.

Cuffie was always smiling, neighbor Kenneth Walker said. She always held the door open for him if she saw him coming.