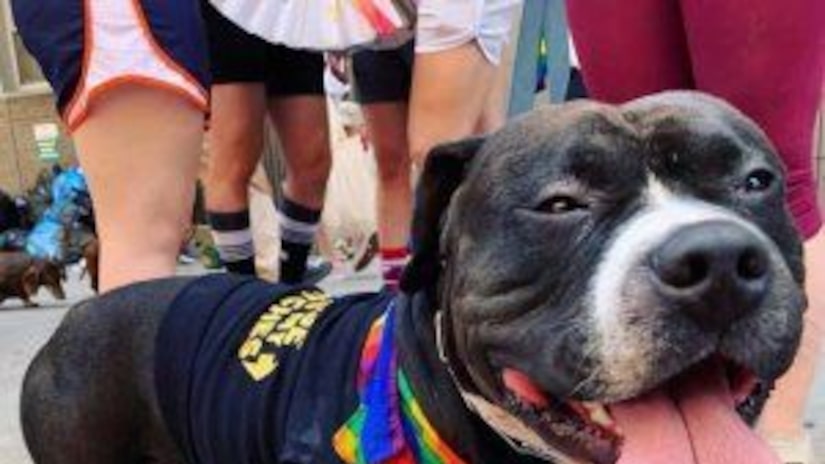 BROOKLYN — A woman is pleading for the return of her dog, who was stolen from outside a Brooklyn McDonald's last week.

Nicole Polsinelli's boyfriend was paying for something at the McDonald's when a man walked up and grabbed Havok, Polsinelli said. The boyfriend ran three blocks after the man, but was not able to catch him.

“Please help us find our baby,” Polsinelli said. “He has helped me so much with depression and I'm a mess without him.”

A police report has been filed and Polsinelli is meeting with detectives Wednesday afternoon. Video shows a man with a mustache running with Havok. He turns left down Gates, makes a right on Ralph and then a left on Quincy.

“That's where they lose him,” Polsinelli wrote on Facebook.

Polsinelli's other dog, Rogue, was left there by the man.

Havok weighs about 85-90 pounds. He responds to “Havok” or “Bubba.” Havok is mostly black with a white chest and nose.