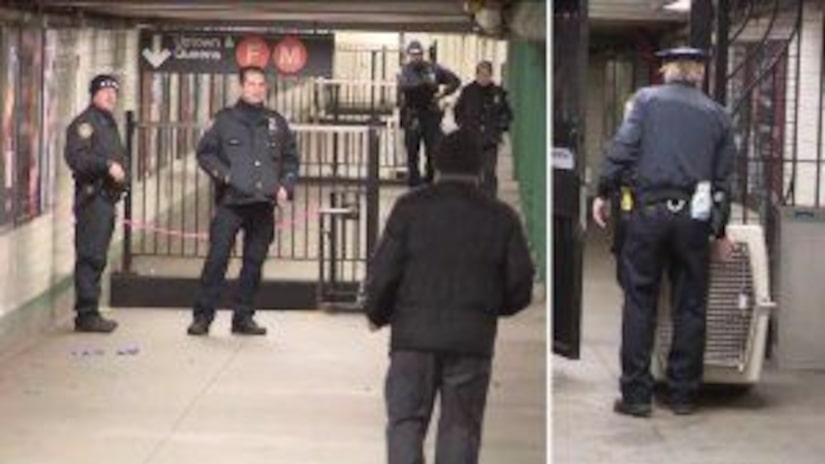 NEW YORK CITY -- (WPIX) -- A man and his dog were both stabbed early Wednesday in a Manhattan subway station after the dog's owner got into a dispute with another man, police said.

Authorities said it all went down around 4:20 a.m. on the northbound platform of the F train at the 14th Street and Sixth Avenue station, when a 34-year-old man was sleeping on a station bench with his dog.

The man became involved in an argument with another man, which caused the dog to also become riled up, police said.

The second man then stabbed the first man in the leg and also stabbed his dog in the leg, officials said.

According to police, the victim was rushed to a local hospital for treatment, while ESU responded and caged the dog.