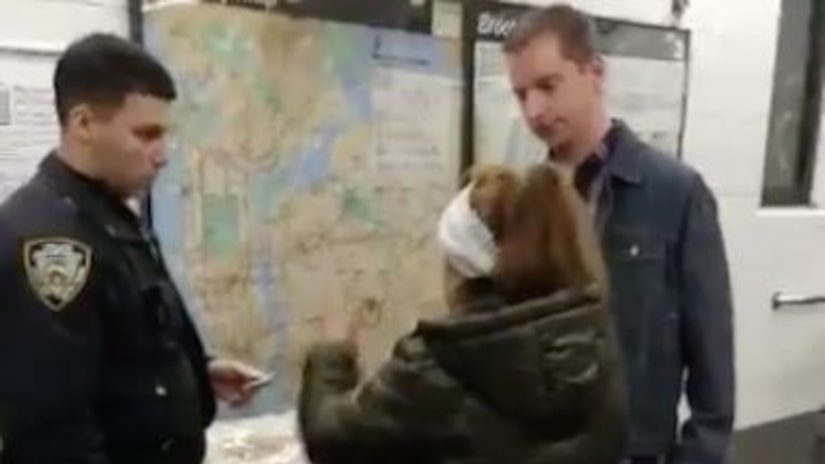 BROOKLYN, N.Y. -- (WPIX) -- Video of a woman being handcuffed for selling churros at a Brooklyn subway station is going viral after being posted to Twitter by a passerby.

The video, posted early Saturday morning, shows police officers speaking to the woman at the Broadway Junction station, where she was holding a cart of food that she was seemingly trying to sell.

Sofia Newman, an actress based in the city, according to her Twitter bio, wrote that cops gave the woman an ultimatum: either surrender the cart and receive a fine, or they'd take it from her and arrest her.

According to Newman's posts, the woman was cuffed and her cart was taken away.

According to the MTA website, it's illegal to sell or distribute food inside of the transit system.

“She was instructed in English and Spanish that she would be issued a summons,” a police spokesperson said, “and her property taken as evidence in accordance with procedure. She refused to cooperate and was briefly handcuffed; officers escorted her into the command where she was uncuffed. Her property was vouchered as arrest evidence and she was released within minutes.”