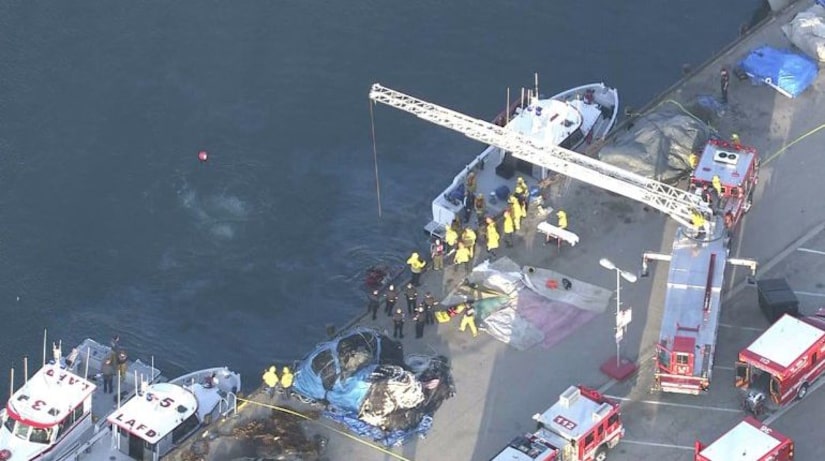 LOS ANGELES -- (KTLA) -- A father was found guilty Tuesday of driving his wife and two disabled sons off a dock at the Port of Los Angeles in 2015 so that he could collect life insurance money, federal prosecutors said.

A jury convicted 45-year-old Ali F. Elmezayen of Hawthorne on 14 federal felony counts including money laundering, mail and wire fraud and aggravated identity theft, according to a news release from the U.S. Attorney's Office for the Central District of California.

In a separate case, Elmezayen is still facing murder charges in the deaths of his two sons with autism, 13-year-old Elhassan and 8-year-old Abdelkrim, and an attempted murder charge for his wife, who couldn't swim but managed to survive the crash.

During a nine-day trial, federal prosecutors portrayed Elmezayen as an abusive father and spouse who hatched a callous plot to end his money woes.

Investigators say he took out more than $7 million worth of life and accidental death insurance from eight different companies over the course of eight months.