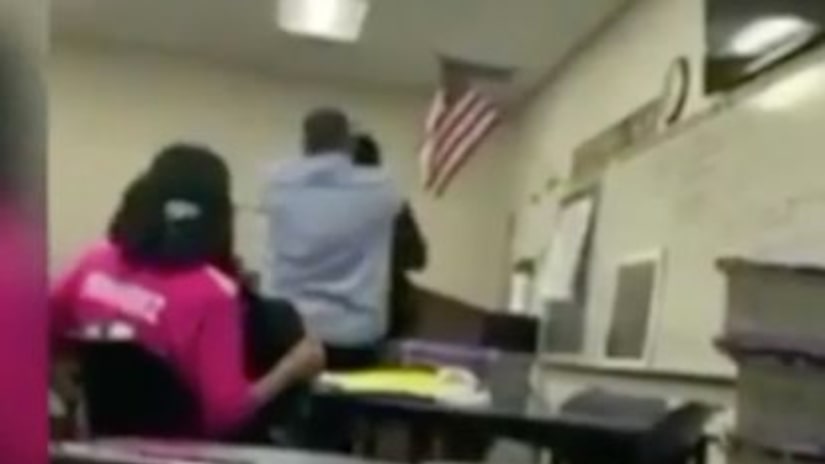 LYNWOOD, Calif. -- (KTLA) -- A child abuse investigation is underway on Wednesday after video surfaced purporting to show a student being physically abused by a teacher at Lynwood High School, authorities said.

The teacher allegedly abused the 15-year-old boy around 9 a.m. last Thursday in a classroom on the campus, which is located at 4050 E. Imperial Highway in Lynwood, according to the Los Angeles County Sheriff's Department.

In a statement, the Lynwood Unified School District said that two students were apparently involved in a verbal altercation when the teacher "intervened and physically restrained one of the students."

Video posted to an attorney's Facebook page captured part of the incident, including what appears to be the teacher placing the student in a chokehold.

The 10th grader, who identified himself as Andrew Boyd, told KTLA the encounter traumatized him.