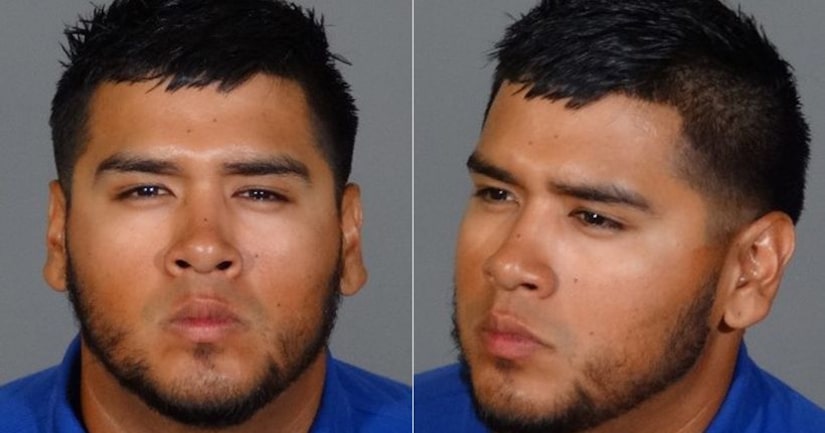 LOS ANGELES (KTLA) -- A Glendale man who was wanted in connection with a brutal hammer attack against his fiancee and her mother was found dead in an Angeles National Forest crash in September, police said Tuesday.

Aerial video from Sky5 showed the vehicle on its side down a steep embankment on Sept. 26.

Though the vehicle involved in the crash belonged to Cruz, police at the time could not confirm that he had died in the crash. Suttles said the suspect was positively identified as Cruz by the Los Angeles County Medical Examiner-Coroner's Office on Monday.

Though the exact manner of death is unclear, Suttles said Cruz died as a result of the crash. There were no signs of gunshot wounds, but Cruz may have committed suicide.

Cruz allegedly attacked his fiancee and her mother in their Glendale apartment on July 19.