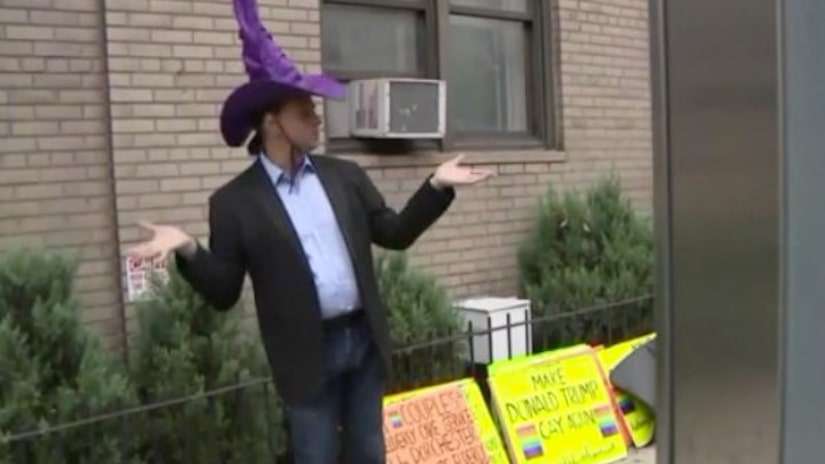 NEW YORK CITY -- (WPIX) -- A 50-year-old man dances and peacefully protests every morning on the streets of New York City against hate, crime, homophobia and racism.

Anthony Dolci holds signs with phrases like, “I choose love not hate.” He dances, protests and plays some music instead of "shouting in some very angry way about all these issues."

But on Saturday he was harassed and attacked for protesting the very thing he protests about by a man who was walking along 57th Street near 9th Avenue on the city's west side.

“He called me several bad language words towards my sexuality, being gay,” he said. “He picked up one of my protest signs and he broke it almost in two, then threw it at me, and hit me with my protest sign.”

Dolci recorded some of the confrontation on his cellphone. He said this is not the first time gay slurs have been shouted at him.

”It makes me sad. This is very personal, this is who I am. I'm celebrating myself being gay, openly gay, and to be attacked by that, it's very personal and it's very hurtful,” he said.