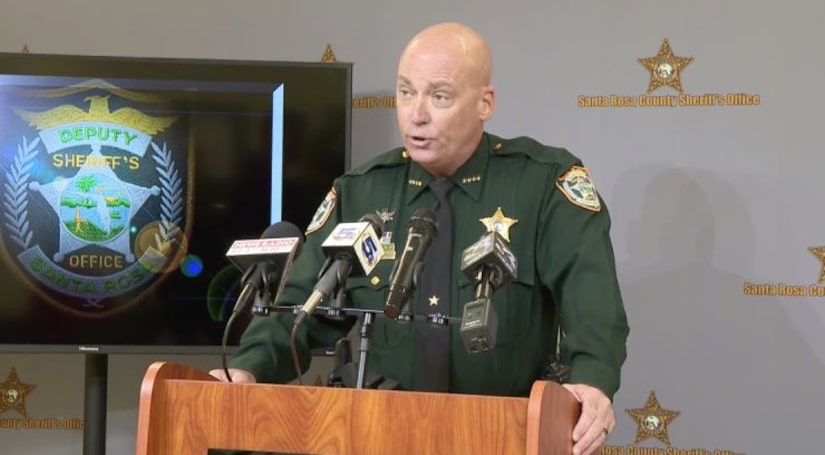 Santa Rosa Sheriff Bob Johnson said the homeowner, 61-year-old Richard Dennis, first heard a banging on his front door around 9:30 p.m., and went out to chase away another relative in an unrelated dispute.

Two hours later, 37-year-old Christopher Bergan, who flew from Norway to surprise Dennis on his birthday, arrived at the Gulf Breeze home.

Sheriff Johnson said Dennis heard the same banging around 11:30 p.m. – this time at the back door. He took his .380 caliber semi-automatic pistol, flipped on the porch light and walked out to see who it was.

As Dennis looked for the source of the noise, Bergan jumped out of the bushes while making a “growling sound,” startling his father-in-law.

“Mr. Dennis gets off one round, striking Mr. Bergan, killing him instantly,” Johnson said. “When our deputies arrived they already had towels on the individual trying to stop the bleeding.”

Further investigation found the shooting to be “totally accidental,” and no charges are expected to be filed.