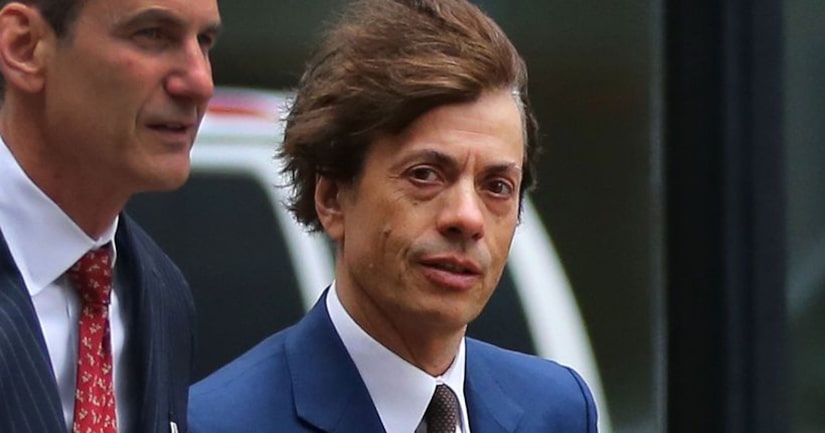 The Boston Globe/Getty Images via CNN

SAN FRANCISCO (KTLA) -- The former owner of a California wine business was sentenced Friday to five months in prison for paying $50,000 to rig his daughter's ACT score and for trying to bribe her way into the University of Southern California as a fake water polo recruit.

Agustin Huneeus, 53, of San Francisco, pleaded guilty in May to fraud and conspiracy in a deal with prosecutors. He is the fifth parent to be sentenced in the college admissions scandal.

Huneeus was arrested before the deal was complete and his daughter was not admitted.

His sentence also includes a $100,000 fine and 500 hours of community service. Prosecutors had pushed for 15 months, the longest term they have sought in the case.

Huneeus is among few parents accused of pursuing both angles of the scam: Most either cheated on their children's college entrance exams or paid bribes to get them admitted to elite universities as recruited athletes, but not both.

Prosecutors said Huneeus' dual involvement merited a lengthy sentence. But his lawyers argued that, because the bribe was never carried out, he didn't cause as much harm as some other parents.

Huneeus said in court documents that he realizes cheating for his daughter “was not about helping her, it was about how it would make me feel. In the end my own ego brought me down.”

MORE: Napa Valley winemaker who tried to get daughter into USC gets 5 months, the harshest prison sentence yet in admissions scandal - KTLA