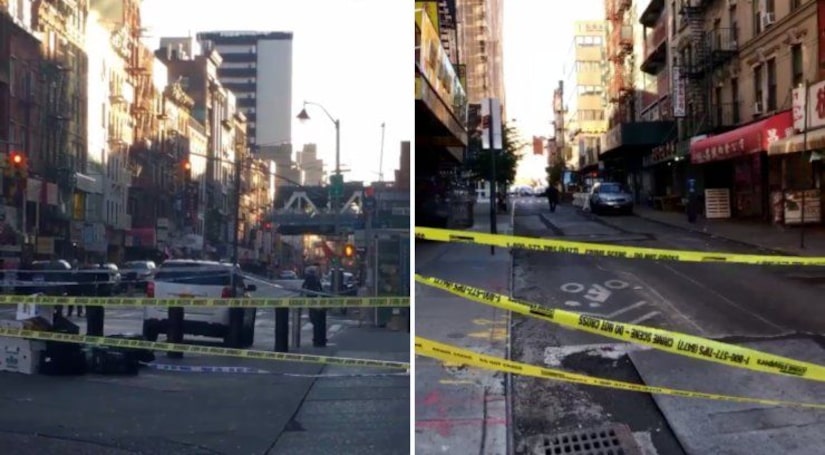 LOWER MANHATTAN (WPIX) -- Four homeless men were killed, and another man was injured during an attack in Manhattan early Saturday.

Authorities responded to the incident just before 2 a.m. in the vicinity of Doyers Street and the Bowery in Chinatown.

When they arrived, police found a man with trauma to his head, authorities said. He was pronounced dead at the scene.

Another 49-year-old man, believed to be homeless, went to police with a head injury, cops said. He was taken to the hospital in serious condition.

As police canvassed the area, they found three other homeless men dead along East Broadway with severe head trauma, according to authorities.

A 24-year-old man who fit the description of the suspect was found holding a metal pipe. He was taken into custody, police said.