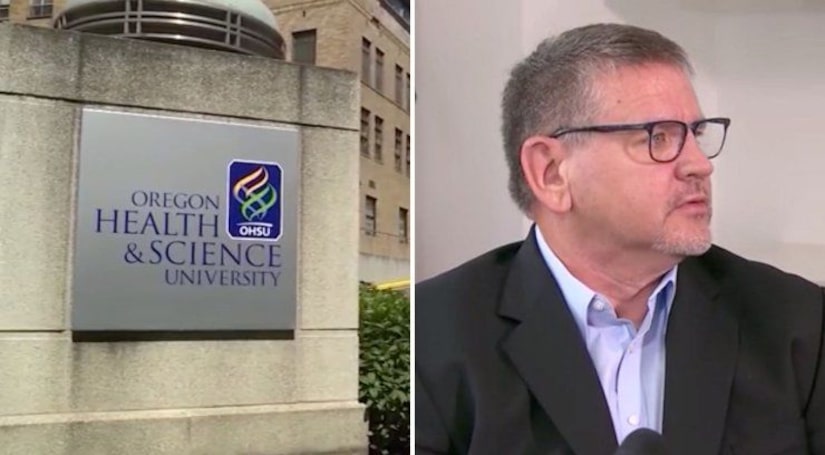 OREGON (WPIX) -- When an Oregon medical student was asked to donate sperm in 1989, he was promised that only five offspring would be born — all on the other side of the country — according to a lawsuit alleging a clinic violated the agreement by allowing the birth of at least 17 babies, among other alleged violations.

Now a doctor, Bryce Cleary claims in his $5.25 million lawsuit that Oregon Health & Science University didn't adhere to a stipulation that his sperm could only be used by women living on the East Coast. The result, the lawsuit says: Most, if not all, of the 17 were born in Oregon, and some of the children went to the same schools, church or social functions as their half-siblings without knowing they were related.

Cleary is claiming he is the victim of fraud and has suffered emotional distress since learning about the births.

“I wanted to help people struggling with infertility, and I had faith that OHSU would act in a responsible manner and honor their promises,” Cleary said at the press conference. “Recently I became painfully aware that these promises were a lie.”

“OHSU treats any allegation of misconduct with the gravity it deserves,” Tamara Hargens-Bradley, a spokeswoman for OHSU, said in a statement, adding that the university can't comment on the case because of patient confidentiality obligations.

Cleary, who has three sons and an adopted daughter he is raising with his wife, found out about the other children when two of them contacted him in March 2018. Looking for their biological father, they used Ancestry.com and “specific and substantive information” from the fertility clinic itself to identify him and other siblings.

Cleary then sent off his own DNA to Ancestry.com, and that led to the discovery that he had at least 17 offspring born through his sperm donations, the lawsuit says.

MORE: A doctor donated sperm 30 years ago. Now he has at least 17 kids, lawsuit alleges - WPIX