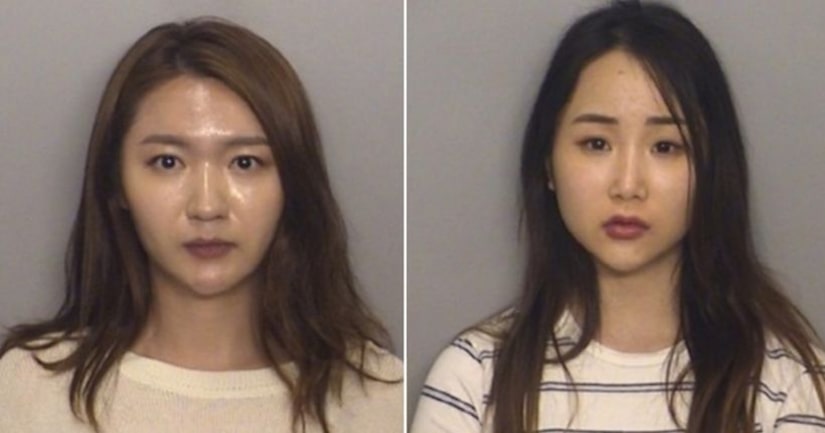 LOS ANGELES (KTLA) -- Two Los Angeles County women believed to be part of a national fraud ring were arrested on suspicion of posing as employees from the Internal Revenue Service in a phone scam that may have bilked several victims out of $900,000, the Fontana Police Department said Friday.

A Fontana man received a call on Sept. 4, 2019, from a person who identified as an IRS employee and threatened to arrest the victim if he didn't pay the caller $2,200 in Target gift cards, police said.

The victim complied and provided the gift cards to the caller.

He later reported the incident to Fontana police, and detectives traced the gift cards to a Target store in the Los Angeles area, where they found surveillance footage of a woman redeeming them, according to the department.

Target's Loss Prevention Unit told the detectives they were looking into a similar incident that Indiana University police were investigating. After comparing surveillance video from both cases, detectives determined it was the same suspect seen redeeming the gift cards both times.

Detectives served search warrants at two locations and found about $900,000 worth of new electronics, gift cards and other items purchased with gift cards, according to police. It's unclear whether all the items and gift cards were procured through phone scams, or how many victims are believed to have paid the callers.

“It's apparent these suspects were well organized and preyed on the victims' fear of arrest across our nation,” Fontana police said.