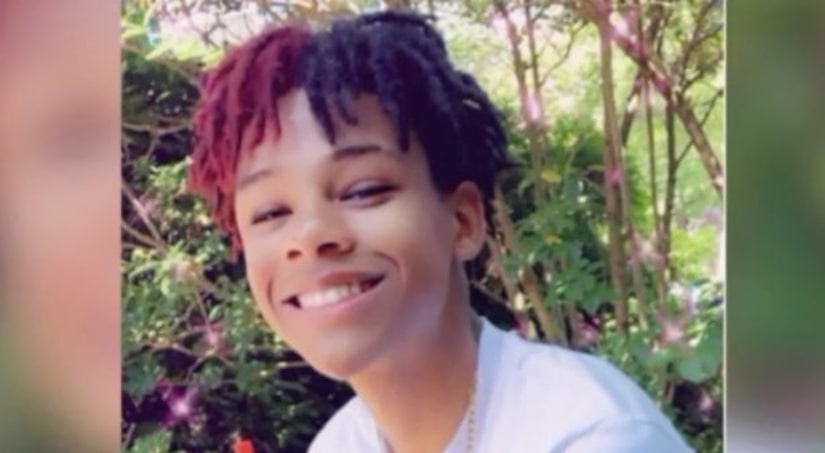 OCEANSIDE, N.Y. -- (WGN) -- Soon after school let out on Monday, a deadly fight broke out at a strip mall near Oceanside High School in Nassau County, New York. A group of teenagers looked on as Khaseen Morris, a 16-year-old student, was assaulted and stabbed in the chest. Some took out their phones and documented the fight on social media, but no one stepped in to help him.

Morris died from his wounds after being taken to the hospital, according to Detective Lt. Stephen Fitzpatrick of the Nassau County Police Department.

In a release issued Wednesday, police announced that 18-year-old Tyler Flach has been charged with second-degree murder. He is set to be arraigned on Thursday. Police were unable to say whether Flach has an attorney.

At a press conference on Tuesday, before any arrests had been made, Fitzpatrick said it was a "prearranged" fight over a "girl and a perception of who she might be dating or who she might be hanging with at this time."

"That dispute boiled over here, where a group of six to seven males charged at the victim and his couple of friends, and during that melee, stabbed him," Fitzpatrick said, standing in front of the strip mall where the fight took place.

FULL STORY: A New York student was fatally stabbed while onlookers took a video of his suffering - WGN