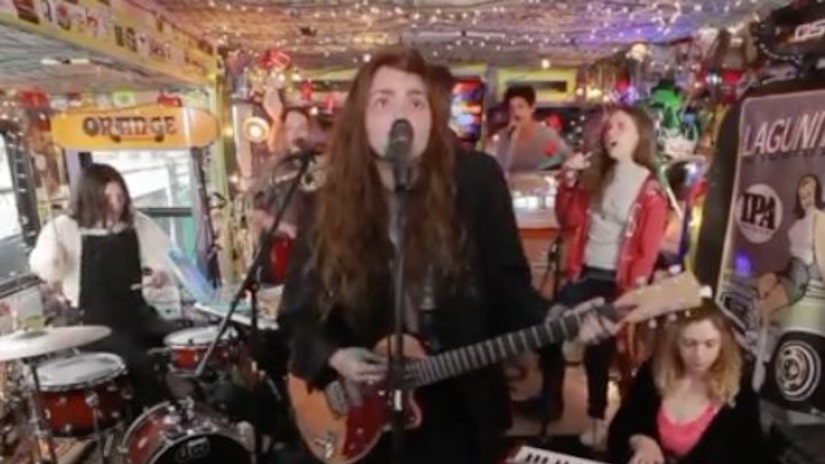 BROOKLYN, N.Y. -- (WPIX) -- She was brutally attacked while walking home at night, but the lead singer of an alternative band with a large cult following says that her case shows how, and why, people — especially women — can overcome violence.

Haley Dahl is the founder and frontwoman of Sloppy Jane, a band that's created a devoted following in part because of its intense live performances, wide-ranging instrumentation, and Dahl's strong, in-your-face vocals and presence.

One thing she is not known for is being bloodily injured, but that's exactly what happened to her in the early morning hours last Tuesday.

“I was really freaked out,” she said about the attack that happened after she'd gotten off the G train at the Broadway station here, headed to a friend's apartment.

It was around 1:30 A.M., a time of the morning in which she'd been out walking alone many times before. This time, however, was dangerously different.

Suddenly, a man overtook her, knocking the phone on which she'd been talking out of her hands. He demanded her valuables, and told her not to scream.