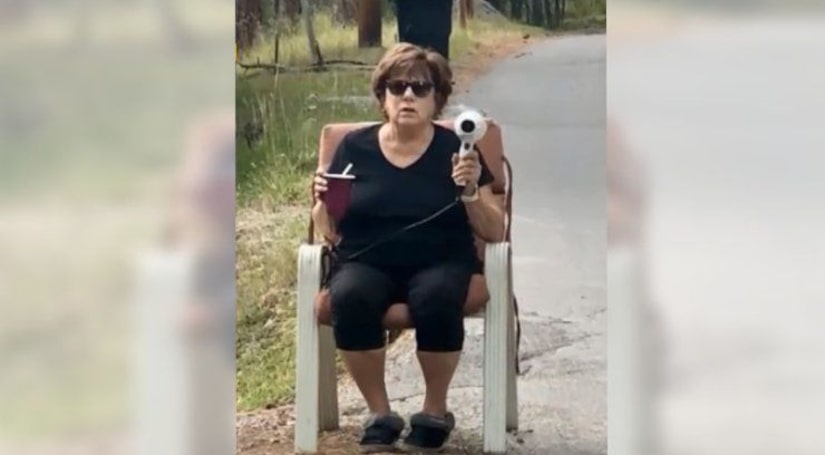 She wants cars in her neighborhood to slow down, so she took matters into her owns hands with a hair dryer.

Patti Baumgartner had a picture of her sitting with her hair dryer on the side of the road go viral on social media.

A mom and a grandma, Baumgartner wants cars in her neighborhood to slow down for people's safety.

"They forget to slow down and there are a lot of people that are complaining athat they can't walk or ride their bikes," Baumgartner said. "We were talking about maybe something [that] would slow the cars down. So we decided to put me in a chair and I guess use the hair dryer as a speed thing."

A tweet about Baumgartner got the attention of Trooper Noah Pesola with Montana Highway Patrol.

"I thought it was hilarious. I think that we have a speed issue in Montana and I thought it was a great creative idea for the public to try and combat that a little bit without making people too upset," Pesola said.