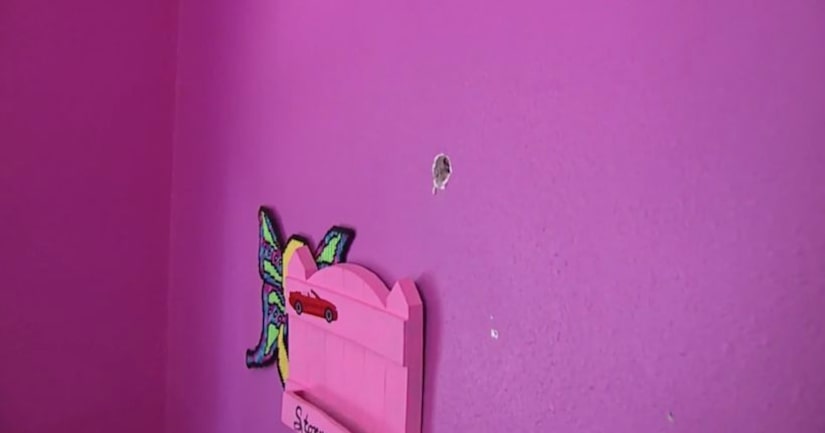 BURLINGTON, Iowa (WQAD) -- During a deadly officer-involved shooting, bullets flew everywhere, including into a home where a family - and a nine-year-old girl - were fast asleep.

Grandmother Linda Scott said she woke up to gunfire just before 1 a.m. Wednesday, September 11. That's when officers and a suspect were exchanging gunfire near the intersection of Summer Street and Angular Street.

In the exchange of gunfire, the suspect was fatally shot and was pronounced dead at a nearby hospital.

A stray bullet flew into Linda's home, just inches from where her granddaughter, Stormy, was sleeping. Another bullet grazed the side of a neighboring house. The Seventh Day Adventist Church nearby was hit multiple times.

Police said they tried to stop the driver of a white pickup on Summer Street, after responding to a call of gunfire on North Gunnison Street. But that attempted traffic stop turned into a chase, and then a shootout.