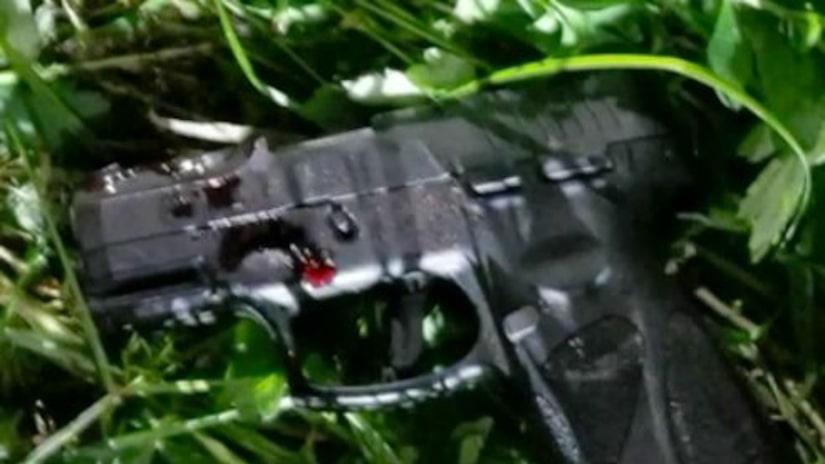 BROOKLYN, N.Y. -- (WPIX) -- Police confirmed Wednesday that an explosive device was discovered near the location where a gunfight between cops and a masked gunman broke out early Labor Day morning, killing the shooter.

The homemade explosive was found in the area of Howard and Dumont avenues, the same area where officers first spotted the masked would-be gunman as they were patrolling in the early hours of Monday, Sept. 2, police said.

The NYPD said it's currently not certain if the device is in any way connected to the shooting and that it's still under investigation.

Upon its discovery, the NYPD Bomb Squad rendered the device safe and there were no injuries, authorities said.

Cops exchanged gunfire with the masked man on Labor Day after he first opened fire on officers in a police cruiser early that morning.

About 30 minutes after he fired those shots and fled, a local resident alerted other officers in the area that a man was attempting to break into a residential backyard on Howard Avenue, the NYPD said.