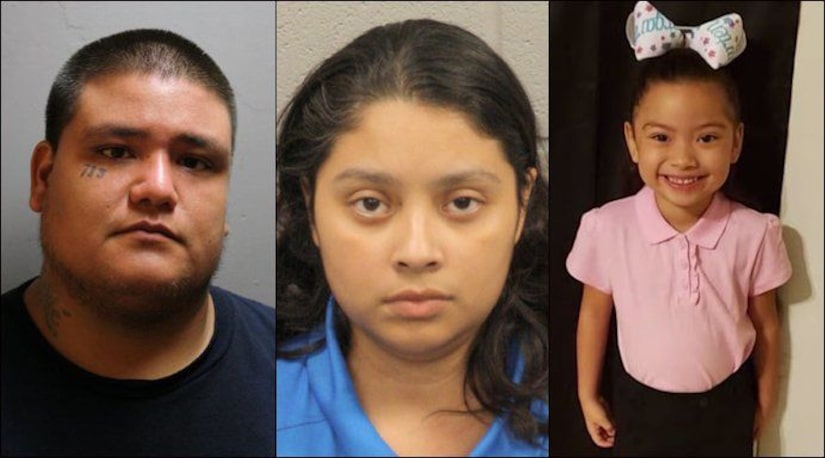 HOUSTON (WXIN) -- A Texas mother and her boyfriend now face charges after police found the body of the woman's 5-year-old child in a closet – where it had been for almost a week.

Houston authorities have charged 5-year-old Sierra Patino's mother, 27-year-old Priscilla Torres, with tampering with evidence involving a human corpse. A warrant has also been issued for the arrest of Patino's boyfriend, 30-year Santiago Esparza, Jr., who faces the same charge.

Police were called to an apartment complex in Houston Monday after family members came to the home in search of the little girl.

When relatives asked about an odor in the apartment, police say Torres confessed that it was from her child's body which was hidden in a closet. The 5-year-old's grandmother called authorities, police say.

The mother first said she was giving her daughter a bath when she left for a minute and returned to find an empty bottle of toilet cleaner in the bathtub, according to prosecutors.

Torres then changed her story, however, according to KVUE, later claiming that she was at her boyfriend's apartment making dinner while Esparza Jr. gave Sierra a bath. When she went to check on her, she said she opened the bathroom door to see the girl's skin peeling and bruises on her forehead.