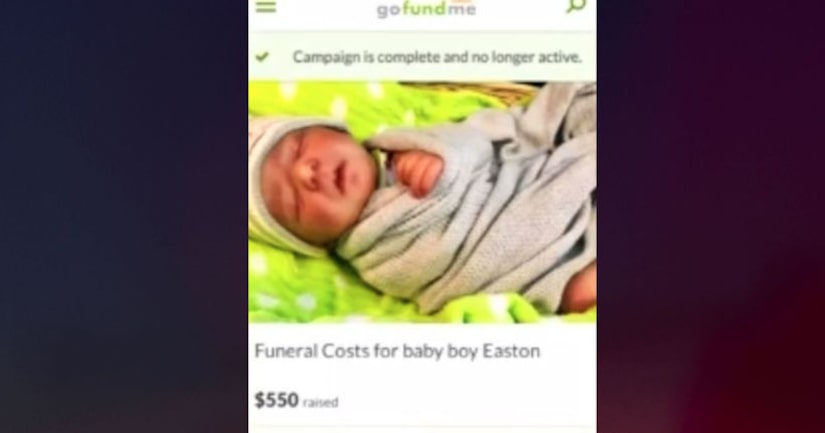 SOMERSET, Pa. (WXIN) -- A Pennsylvania couple had a baby shower over the summer in preparation for their baby's birth and then raised more than $500 for their child's funeral.

Authorities say it was all a scam.

Kaycee and Geoffrey Lang, both of Somerset near Pittsburgh, have been charged with theft by unlawful taking or disposition, theft by deception and receiving stolen property as police allege the couple faked their pregnancy, birth and death of their child.

The couple held a baby shower where they collected money and gifts from friends and family and created a GoFundMe page announcing the death of the baby, according to Steve Limani, a spokesman for Pennsylvania State Police.

The couple raised a total of $550 from the GoFundMe, according to a company spokeswoman. The couple received another $700 in cash and gifts, according to the criminal complaint filed by police.

The couple claimed Easton Walt Lang was born July 3 and died hours later of respiratory distress syndrome, according to a criminal complaint.

Photographs of baby Easton were posted on the couple's Facebook pages, and the baby matched the “appearance of a newborn look-a-like baby doll,” the complaint said.

Weeks later, Cynthia Dilascio alleged to state police the couple had faked everything. Dilascio told CNN affiliate WTAE-TV she threw the baby shower for the Langs.

MORE: Pennsylvania couple charged with theft after police say they faked the birth and death of a child - WXIN 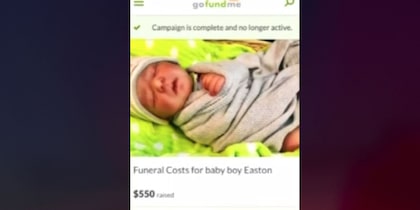