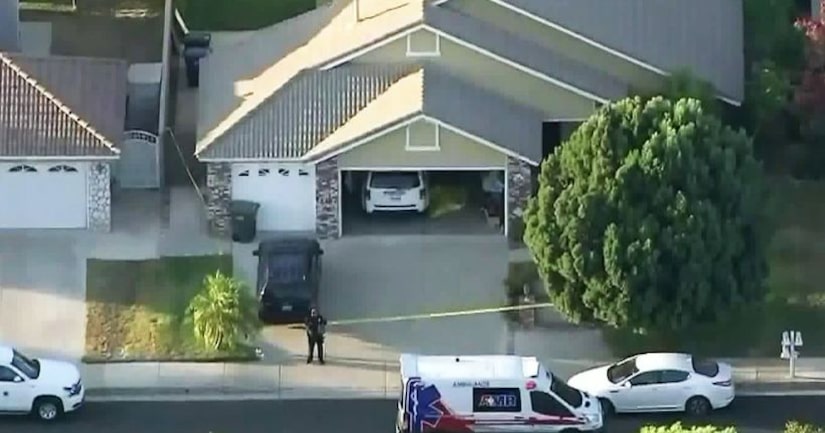 ONTARIO, Calif. (KTLA) -- A mother found unresponsive in the same Ontario home where the bodies of her two daughters were discovered Tuesday afternoon left a pair of suicide notes indicating her plans to kill them and then herself, police said during a news conference Wednesday.

The mother, who has not been identified, is in stable condition at a local hospital following her apparent suicide attempt. She remains unresponsive and has not given a statement to investigators, Ontario Police Department Sgt. Bill Russell said.

Because she is still receiving treatment and has not talked, the mother has not been arrested or charged at this point, Russell said. “Her ability to talk or comprehend is still undetermined,” he said.

The girls' father, who had seen his 14-year-old and 4-month-old daughters before leaving for work Tuesday morning, discovered their bodies inside the home's garage when he returned later in the afternoon.

The father called police and has been cooperative with investigators despite being distraught. “He's lost everything at this point,” Russell said.

Investigators found a pair of suicide notes indicating the mother's intention to kill the children and then herself, Russell said.

One of the notes was found in the garage and the other was inside the home. Russell did not give details on what was written in the notes but said both indicated the same intent.

“Right now, what we can tell you is that the children were intentionally killed. It appears as though the mother is the one responsible for that act,” Russell said.