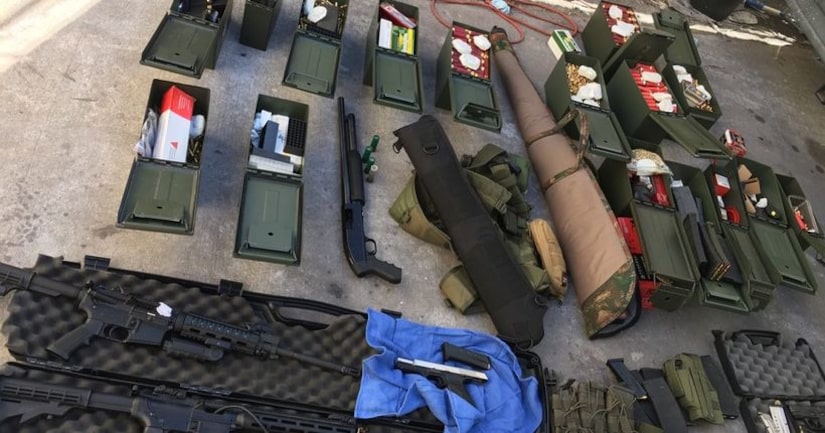 LONG BEACH, Calif. -- (KTLA) -- A possible mass shooting was thwarted when Long Beach police arrested a disgruntled Marriott employee who had access to weapons and allegedly told a coworker he planned to shoot everyone he saw at his workplace, the city's police chief said Wednesday.

Rodolfo Montoya, 37, was arrested without incident at his home in Huntington Beach on Tuesday, according to Long Beach Police Department Chief Robert Luna.

Investigators searched the home and seized multiple firearms, including an assault rifle, hundreds of rounds of ammunition and high-capacity magazines, Luna told reporters at a news conference where the arrest was announced.

“I believe the Police Department has worked to avert what could have been a real tragedy in this community,” Long Beach Mayor Robert Garcia said.