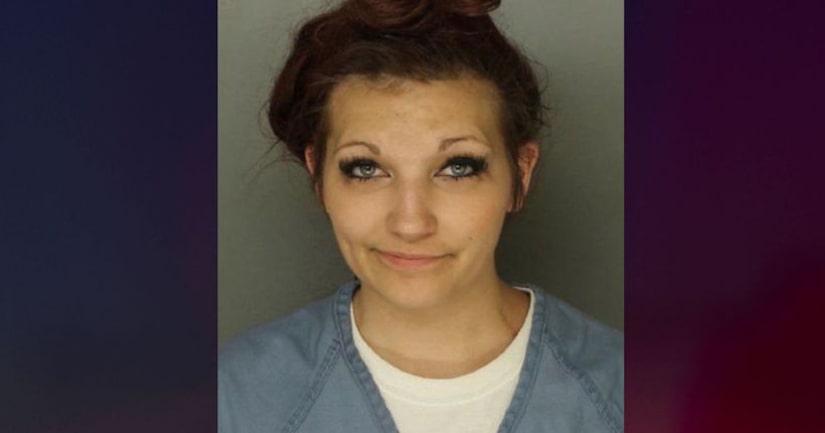 Caitlyn Amanda Hughes allegedly left the bag, which was filled with 20 used hypodermic needles (18 of which were uncapped), 16 baggies of suspected heroin, and a metal spoon, at a Carrabba's restaurant Sunday at 8:51 p.m., according to police.

An employee of the restaurant found the bag and was struck by an uncapped needle that was poking through it, police say. The needle penetrated the victim's skin, causing it to bleed, according to police.