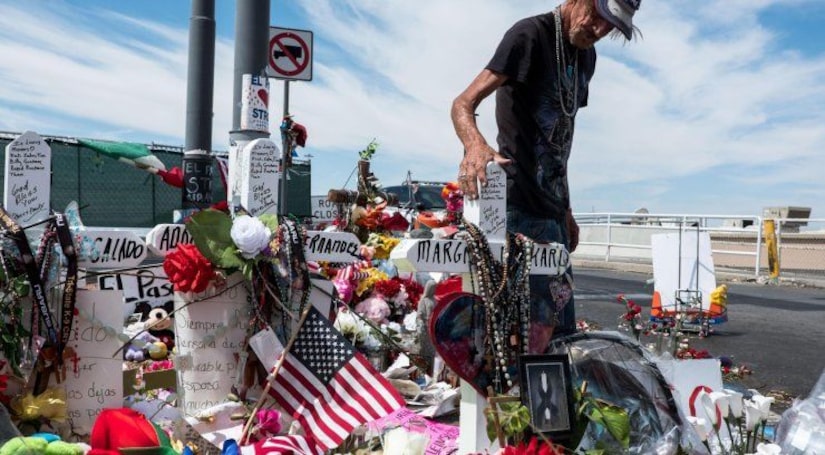 EL PASO, Texas (KSTU) -- Nearly two weeks after the El Paso massacre, Antonio Basco pushed a Walmart cart full of red and pink roses, gallons of water and a wooden cross to a memorial honoring his wife and the 21 others who were killed.

Basco and his wife, Margie Reckard, 63, met 22 years ago and quickly became inseparable. She became the love of his life and his only living relative, he said. Hundreds are expected to attend Reckard's visitation on Friday evening at the La Paz Faith–Perches Funeral Home in central El Paso because the funeral home said Basco would welcome “anyone to attend his wife's services.”

In the days after the massacre, Basco has visited the makeshift memorial behind the Walmart store daily. He would come and go at all hours of the day and has slept there at least one night.

He kneels in front of a white cross bearing his wife's name that is surrounded by candles and dozens of flowers. He prays for her and even talks to her.

Tony Dickey, a chaplain for Disaster and Victim Services International, said crowds of strangers have approached Basco with words of support, or simply to offer a hug.

“He was basically just mumbling to himself that he had no one anymore, that she was everything he had. He didn't know what he was going to do,” Dickey said about the day he met Basco. “He kept repeating that he was going to be so alone now.”

MORE: After his wife and only relative died in the El Paso shooting, Antonio Basco invited the public to her funeral - KSTU