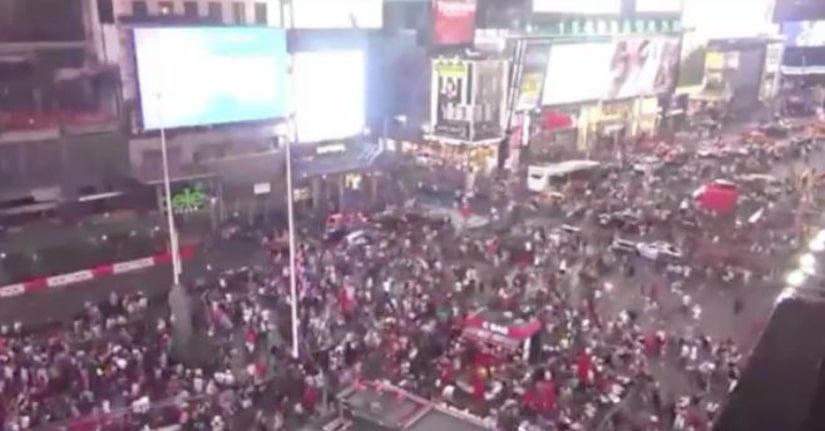 NEW YORK CITY -- (WPIX) -- No shots were fired, but the loud noise of a motorcycle backfiring caused a panic in Times Square on Tuesday night, ending in some minor injuries as crowds ran in panic, police said.

Mayor Bill de Blasio also tweeted Tuesday night confirming "Times Square is safe and secure." De Blasio added, "but what people felt was all too real. Nobody should have to live in constant fear of gun violence."

"Having a mob of people yelling and running at you in/near Times Square is probably the scariest thing I have ever been in," one woman tweeted.

Police said Wednesday that some individuals did sustain minor injuries but most of them refused medical attention.

One person captured video of a crowd running through the street.