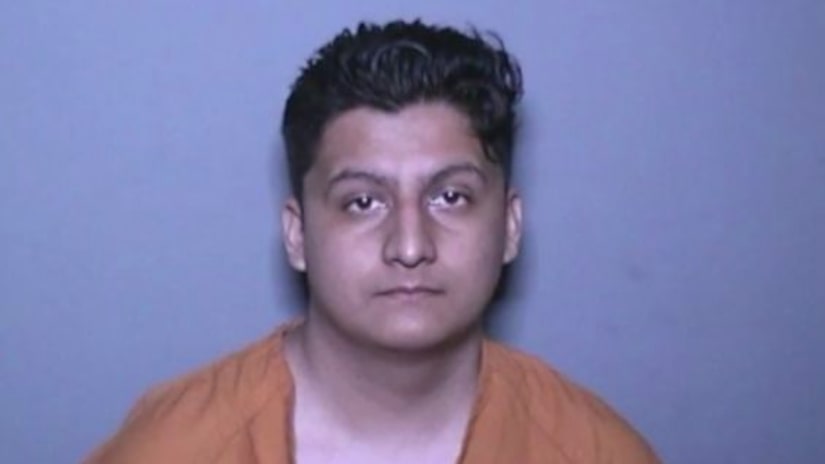 ALISO VIEJO, Calif. -- (KTLA) -- A burglary suspect was arrested after allegedly trying to sexually assault an 84-year-old woman and stabbing a nurse with scissors at a retirement community in Aliso Viejo, authorities said Tuesday.

The crime, described as "brazen" and "violent," took place in the 24000 block of Moulton around 4:20 a.m. Wednesday, according to the Orange County Sheriff's Department.

A nurse received a report of a resident in destress and responded, along with a security guard.

At the residence, the pair encountered a 20-year-old man holding a pair of scissors, and a partially undressed 84-year-old woman lying in bed, a sheriff's news release stated.

The man then tried to flee, stabbing the nurse in her hand as he left the residence, according to the department. She was taken to a hospital and treated for a non-life-threatening injury.