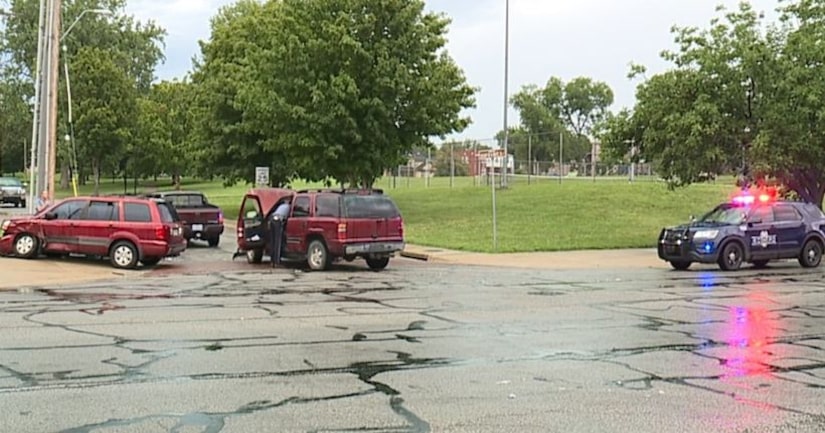 KANSAS CITY, Mo. (WDAF) -- Kansas City police say a 10-year-old girl went to the hospital Wednesday morning after she crashed her mom's SUV into a mini-van and electrical box while trying to go to McDonald's.

Officers were called to the two vehicle wreck and were surprised to lean that one of the driver's was the 10-year-old girl.

KCPD learned that when the girl woke up Wednesday morning, she wanted to get McDonald's to eat. Her mother was still sleeping, so the girl took the Tahoe herself. She drove a couple of miles before getting lost. She attempted to turn, but since she was an unlicensed 10-year-old, she failed to yield to the driver of a Honda coming in the opposite direction.