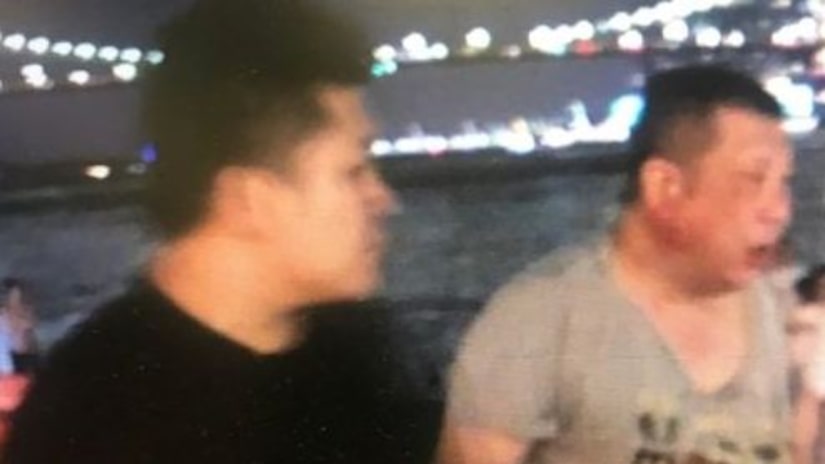 NEW YORK CITY -- (WPIX) -- A dad was beaten by two men at a Manhattan playground after he defended his child, an NYPD official said.

The 31-year-old dad was playing with his family at Pier 35 when he argued with another man who'd possibly pushed his child, police said.

Two other men walked up and attacked. One of the men, who had keys sticking out from between his fingers, punched the dad in the head. Then the second man repeatedly punched the dad.

Police have asked for help identifying the attackers.