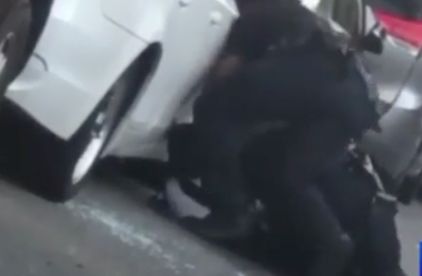 WPIX
WPIX - "'I have a gun,' Cole can be heard saying on body camera video, according to Monahan. 'Die.'"

THE BRONX, N.Y. -- (WPIX) -- A man who was recently released from prison after spending nearly 30 years behind bars was shot by police in the Bronx Sunday night after threatening them with a gun, according to the NYPD.

Ronnie Cole, 58, was seriously injured when he was shot in the chest and hip after he was wrestled to the ground by NYPD officers from the 44th Precinct at West 166th Street and Summit Avenue around 7 p.m.

Sources tell PIX11 that the officers were patrolling the neighborhood as part of an effort to reduce the number of shootings in the area when they allegedly saw Cole breaking the back window of a BMW.

FULL STORY: Man who spent nearly 30 years in prison shot by police after threatening them with gun: NYPD - WPIX

Boy Scouts file for bankruptcy due to sex-abuse lawsuits