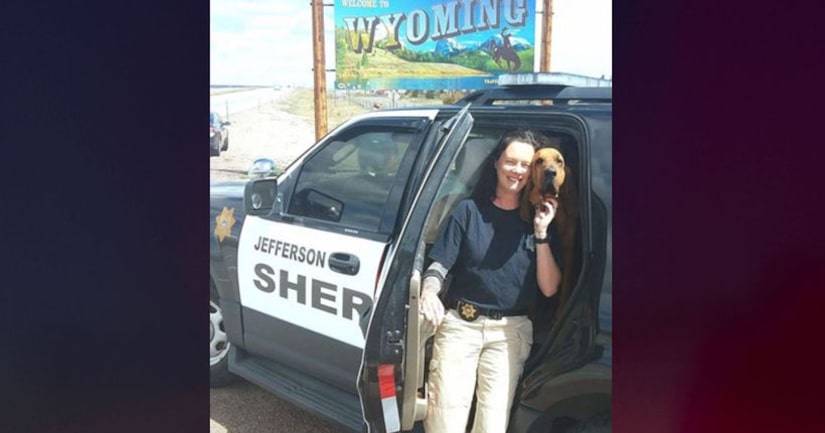 Brianna Weinart vanished just before 10 p.m. Monday, according to the Casper Star-Tribune.

JCSO Deputy K. Fosler and bloodhound Jessie joined the search for the girl, but the 90-degree heat hampered their efforts. Despite wearing a cooling vest, the temperature forced Jessie to take a 20-minute break, according to the sheriff's office. The uneven terrain was also covered in cactuses and sagebrush, obstructing the view of responders from multiple law enforcement agencies as they combed the area for Brianna.

Jessie didn't give up, however, and JCSO officials described the moment they found the little girl:

“For nearly two hours, she searched the Wyoming area where the 12-year-old girl was last seen…………..and then she pulled her handler, Deputy Fosler, back toward the direction they started. Deputy Fosler thought she had lost the scent.

Turns out, she knew exactly where she was going and as the pair got closer to a home, Jessie went around to the back and near a large bush, they spotted the girl, hiding. She was hungry, dehydrated and sunburnt after 20 hours out in the elements, but she was otherwise uninjured.”